HNBA Presente – How You Can Help

DISASTER RELIEF
HOW YOU CAN HELP 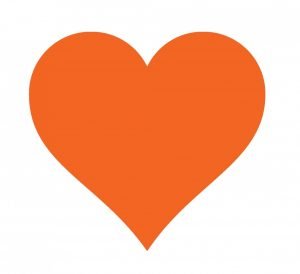 Our sisters and brothers in Puerto Rico have recently had to endure another natural disaster in the form of multiple, major earthquakes to the island’s southeastern region. As you are already familiar, Puerto Ricans living on the island are still reeling from the consequences of the 2014 fiscal crisis and the damage caused by Hurricanes Irma and Maria in 2017. The ongoing earthquakes and aftershocks have not only caused further casualties, damage, and financial losses, but have further pushed and tested the resilience of the Puerto Rican people.

As we have on previous occasions, the HNBA hopes to use this moment of challenge to appeal to our members and supporters to help families in need. We are thankful to those who have donated their time, resources and/or pro bono legal services to these causes in the past.  Below are the names and contact information of local and national organizations that are assisting families affected by the recent earthquakes as well as with continuing challenges Puerto Rico faces. We hope that that we can once again count on our thousands of members and supporters to stand up and say #HNBAPresente with Puerto Rico!

How You Can Help

If you have any events you would like posted here, please e-mail Erika Lopeztello at elopeztello@hnba.com.

N.Y.U. Will Waive Tuition For Displaced Puerto Rican Students
Following other universities across the country, New York University announced on Thursday that it will offer free tuition next semester to about 50 students from Puerto Rico whose studies were interrupted by Hurricane Maria.
READ FULL ARTICLE

Princeton & Microsoft Make Bold Moves to Protect Dreamers!
Princeton University, one of its students and Microsoft have mounted a legal challenge to the federal government’s termination of the Deferred Action for Childhood Arrivals (DACA) program as announced on September 5, 2017.  The complaint, filed on November 3 in federal court in Washington, D.C., alleges that DACA’s termination violated both the United States Constitution and federal law.
READ FULL ARTICLE

Under the banner of “Todos Unidos” (All Together,) the Telemundo Networks, together with the Telemundo and NBC owned stations, raised more than $7.45 million for those affected. As part of these efforts, Comcast NBCUniversal and Telemundo contributed $500,000 in cash. In addition, prior to this effort, the NBC and Telemundo owned stations together with the Telemundo Networks raised nearly $5.5 million through multiple fund-raising efforts since Harvey struck Texas, including local phone banks in collaboration with the American Red cross and local Red Cross Chapters, as well as a national Red Cross Day.

Donate to the Telemundo Campaign