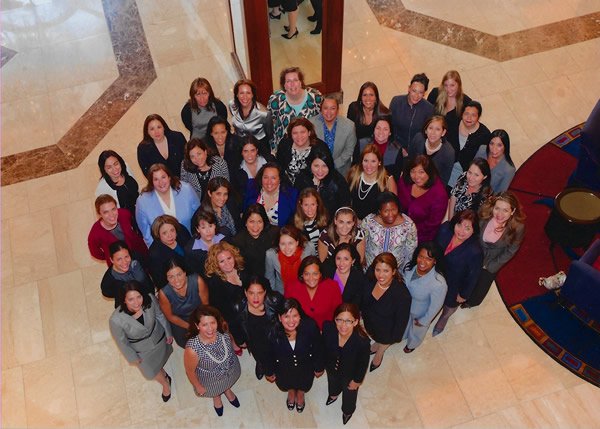 In 2008, the Latina Commission was proposed by HNBA President, Ramona Romero, and approved by the Board to study, and remedy the status of Latinas in the legal profession who then, as now, suffer the lowest representation of any racial or ethnic group as compared to their overall presence in the national population.

The creation of the Commission laid the ground work and made possible two critical national studies, Few and Far Between: The Reality of Latina Lawyers” (September 2009) and La Voz de la Abogada Latina: Challenges and Rewards in Serving the Public Interest (September 2010). The reports identified both barriers and recommendations for Latina to success in the legal profession. The recommendations of our studies (which confirmed Latina lawyers encounter, and must overcome. The Commission’s national and regional legal education program, leadership academy, research, publications and service on the HNBA’s Board of Governors are just some of the avenues we use to advance the interests and success of Latina Lawyers.

The Hispanic National Bar Association’s Latina Commission is seeking candidates interested in serving on the Commission for the 2022-2023 HNBA Association year. Members of the Commission are appointed by the President to serve for one full year. Commission membership is open to women who are members in good standing of the HNBA and wish to contribute to the Commission’s mission.

The deadline for submission of applications is by 6:00pm PT on Friday, August 26th.

Please fill out the nomination/self-nomination application and send it to elections@hnba.com with the subject line “Latina Commission Nomination” by no later than 6:00pm PT on Friday, August 26th.

Currently, Latinas comprise 2% of all lawyers even though they represent nearly one in five women in the United States. If you are interested in working with the Commission or helping to promote the advancement of Latina Lawyers here is what you can do:

To learn more about all of these programs contact the Commission at: latinacommission@hnba.com

The Latina Leadership Academy and the Latina Executive Leadership Program offer curriculum specifically developed for Latina attorneys and draws from a significant body of research from both the Commission and other leading organizations. The programs address areas identified as key to shattering glass ceilings and securing the advancement and long-term success of Latina lawyers—the most underrepresented group in the legal profession. Currently, Latinas comprise 2% of all lawyers even though they represent nearly one in five women in the United States.  To help advance Latinas in the profession, this year the Commission will be presenting two leadership programs and we invite eligible women to apply. For more information, please click here.

Award, given by the Commission on Latinas in the Profession, recognizes and honors trailblazing Latina lawyers for their unique and lifetime contributions to the legal profession. Every year the Commission bestows the award to a Latina lawyer who: has been a trailblazer, achieved great distinction by opening-up opportunities historically closed to Latinas, and has been licensed for 25 years or more. Retired attorneys are eligible for nomination. The award will be presented at the 2022 HNBA/VIA Annual Convention.

Nominations and supporting documentation can be submitted by July 29, 2022 online at:
https://hnba.com/hnba-latina-commission-2022-primera-abogada-award-online-nomination-form/

Created in 2016 and named after the HNBA’s first female President the award is given at the Commission’s discretion to honor a Latina Lawyer who is the first to break a glass ceiling.